Message Sent
Thank you for your inquiry. We will respond to you as soon as possible.

With gift planning, you can provide long-lasting support to Geneseo while enjoying financial benefits for yourself.

You may be looking for a way to make a significant gift to support Geneseo that makes a lasting impact on the lives of students. A bequest is a gift made through your will or trust. It is one of the most popular and flexible ways you can support the College.

You are at: Planned Giving > Gift Options > Donor Stories 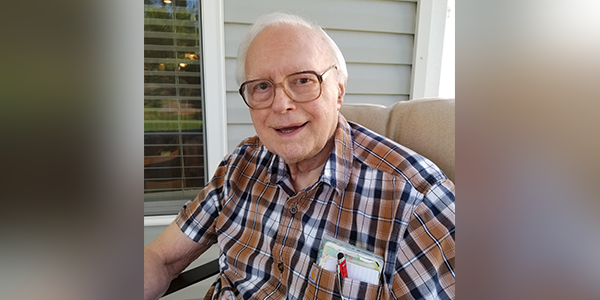 An endowed scholarship for SUNY Geneseo music students has been established by Betty Leyerle, the sister of William "Will" or "Bill" D. Leyerle, retired lecturer in the department of music, who passed away on June 27, 2020.

A gift of $100,000 was made by Betty to create the William D. Leyerle Memorial Scholarship Endowment to honor the wishes of her brother upon his passing and leave a lasting legacy in his name. The scholarship will provide financial assistance to incoming or current music students and recognizes excellence in the music department.

"We are extremely grateful for this generous gift of $100,000," said Ellen Leverich, vice president of college advancement and executive director of the Geneseo Foundation. "William Leyerle's outstanding contributions to Geneseo and the music department were widely recognized, and he will be remembered through this endowed scholarship."

Will's 33-year career at Geneseo began in 1975, teaching studio and class voice and vocal literature and vocal literature. In 1994, Leyerle received the Chancellor's Award for Excellence in Teaching. He was active as a publisher and vocal pedagogue. His publishing company, Leyerle Publications, lists over one hundred titles. Before he retired in 2008, Leyerle mentored and helped mold the careers of many talented young singers at Geneseo.

Will earned his bachelor's degree with majors in music, English, and education from Southeast Missouri State College, and his master's degree in music education from Millikin University in Illinois. Before settling down to a teaching career, he pursued a career in vocal music, studied with international performers, and traveled nationally and abroad to perform in operas and oratorio, where he was known for his "booming baritone" voice.

Will was a finalist in two Metropolitan Opera Regional Final auditions in Chicago and Los Angeles, the latter for which he received Honorable Mention and a financial scholarship from the Metropolitan Opera Studio. He performed in operas as principal baritone soloist in Germany, Switzerland, and Denmark, and in major cities on the West Coast and in New York. He has also been active as a performer in Lieder recitals and oratorio.

Contributions to the fund in support of Geneseo music students may be made to the Geneseo Foundation in William Leyerle's name.